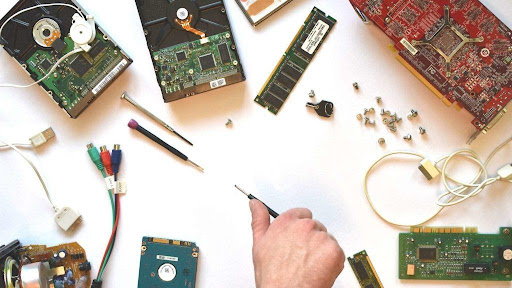 The future is solid state.

Imagine a digital world without any moving parts; no spinning platters, no magnetic media, and most importantly: no read/write heads to crash into surface or scratch your data. That’s the promise of an SSD (Solid State Drive).

As with any major performance gain, there are sacrifices that need to be made to achieve it. We’re going to look at how those trade-offs manifest themselves in real life situations & provide some helpful guidance for choosing a storage medium.

A bit about Bits…

Before we get started, let’s briefly discuss what sorts of problems we’ll encounter when dealing with digital data. No matter what format you use, all of your files are represented by strings of 1s & 0s. Binary data of course, can be arranged in all sorts of ways that make it easy for humans to read and write with very little overhead. Most of the best laptops under 800 have them.

But when you’re talking about the difference between a 5400 RPM HDD vs a 7200 RPM HDD (which would correspondingly roughly double random-read/write performance), what really matters is how many bits we can move per revolution of the platters, not how much faster they are at transferring those bits. It’s like trying to measure highway speed by counting trees that go flying past your windshield rather than using the car’s speedometer; it doesn’t tell us anything about how far we’ve traveled or how long it took us to get there.

This isn’t an article about hard drive speeds. We’re going to look at actual performance when reading and writing data. So please, forget you ever saw me mention RPM as a performance spec… because it isn’t one.

Data is written to an array of NAND Flash cells – which work by trapping electrons on floating gates . This is conceptually similar to how EPROM (Erasable Programmable Read-Only Memory) chips work, but the difference here is that we can actually read back data from NAND Flash without having to erase anything first. The process of erasing old data before writing new data is called “Zeroing” in Flash memory, but we don’t need to worry about that today.

Similar to RAM (Random Access Memory), NAND Flash can only be written to a limited number of times before it starts to fail . In practice this isn’t an issue for devices like cameras or USB sticks though; they’re used so infrequently that the limit usually isn’t reached until long after the device has been retired from service.

But when writing hundreds of gigabytes of data every day, even small differences can add up quickly!

When deciding between a traditional HDD and SSD, there are 3 main trade-offs you’ll need to consider: cost, speed & reliability. Let’s look at each in greater detail…

It’s All About The Benjamins

For consumers on a budget, the question of whether to purchase an SSD or HDD comes down to money. Since they were first introduced, HDDs have always been cheaper than their Flash-based counterparts. Although prices are coming down all the time, you’re still going to pay about 4 times more for a similar capacity Solid State Drive than you will for an HDD with the same storage space . There is one aspect in which HDDs are still cheaper though: power consumption. Consumers looking for maximum battery life (or minimum electric bill) will want to stick with mechanical hard drives wherever.

Unless you run your computer 24/7, it’s unlikely that you’re going to actually save money by using an SSD instead. Power savings aside, the price difference just isn’t big enough to justify choosing one over the other in most cases. On top of that, there are still a few problems with Flash-based storage that we’ll need to overcome before they can be considered as viable replacements for HDDs…

So what about speed? Well, even though I said that RPMs aren’t really important when it comes to measuring performance, there is something called seek time . It’s the amount of time it takes for your PC’s hard drive to find and retrieve data from any given sector on its platter(s). This is related to rotational latency , which refers to the time it takes for a platter’s data to reach the read/write heads sitting on top of the stack.

As you can see, seek times are typically measured in milliseconds (thousandths of a second), whereas rotational latencies are given in microseconds (millionths of a second). Don’t be fooled though; just because one number has 3 zeros while the other only has 2, it doesn’t mean that any individual access to data will take longer on an HDD . But since HDDs generally have more physical platters and associated moving parts than SSDs do, they’ll tend to have higher average latencies when performing multiple sequential reads or writes .

This is where SSDs really shine… Because they have no mechanical components (unlike HDDs), the only limiting factor when it comes to transfer speeds is how fast their controller can shuffle around data on the drive’s flash memory chips. Thanks to Moore’s Law – which states that both storage capacity and transistor count will double roughly every 2 years – your average SATA-based Flash drive should be much faster than an HDD in a few short years, rather than a couple decades .

So does this mean that Solid State Drives are always going to be faster than Mechanical hard drives? Not necessarily; since the speed of individual NAND Flash cells is limited by physical characteristics like voltage levels and electron mobility , we might eventually hit a wall where no amount of creative controller optimization can squeeze any more juice out of our MLC or TLC chips. Furthermore, while SSDs are still faster on average than HDDs, sequential read/write speeds don’t always tell the whole story .

Until recently, most Flash-based drives were only capable of hitting a maximum IOPS (Input/Output Operations Per Second) rating of somewhere around 75K when reading small 4kB random files; meanwhile their mechanical counterparts could easily handle upwards of 180K IOPS in this same scenario. Although we’re beginning to see budget models boasting better performance than that (300+ IOPS), they’re still nowhere near as consistent as modern hard drives under heavy workloads . As far as realworld usage goes, expect your PC to boot and launch Windows as fast or slightly faster with an SSD, but don’t expect them to handle simultaneous multitasking (like a game + Steam in-home streaming) quite as well.

One last thing that we really need to cover before wrapping up this article is the difference between reliability and longevity . I know it might sound like semantics at first, but there’s actually a pretty big distinction between these two properties that isn’t immediately obvious. Although both terms relate to how much wear and tear your hard drive can take before you should consider replacing it , they’re not always going to be tied together by default.

If you’re anything like me, you probably spent a good chunk of change buying your first external hard drive … and then another chunk on replacing it just a couple years down the line. Hard drives are certainly great for cheap storage (I mean, look at all those twos!), but their longevity can be rather unpredictable if you don’t handle them with care; which is why I’ll always opt for some kind of Flash-based solution in the future. If you can afford to pay a bit more up front, solid state drives are definitely worth considering since they guarantee both speed and reliability over time . Plus, they’re becoming increasingly common as an affordable alternative to pricier options .

But hey, what about me? Well unfortunately my old Western Digital Passport 1 TB – which lasted (almost) 2 years – is my only external HDD, so it’s hard to make a direct comparison between the two. In the end I suppose you’re just going to have to take my word for it and trust me when I say that I’ll never go back after experiencing the performance of an SSD firsthand.

What do you think? 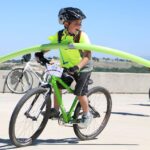 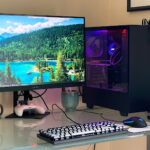 © 2021 by bring the pixel. Remember to change this

Back to Top
Close